During some of our control technology lessons, I have been working on a Physics activity.


I created a human figure that moved based on the circles around it.

Here is the screenshot of my human figure. 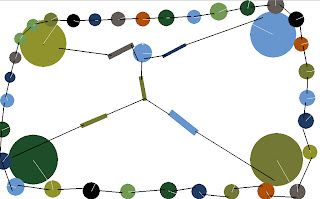 The figure moves by having the big four balls around it rotating. the big balls then rotate the small balls around them. The figure is attached to the four balls and it's leg and arms move. The head is pinned down so that it won't move.

The figure moves it's arms and legs randomly.

This was the best thing that I have created on Physics so far and I hope to learn more in the near future.